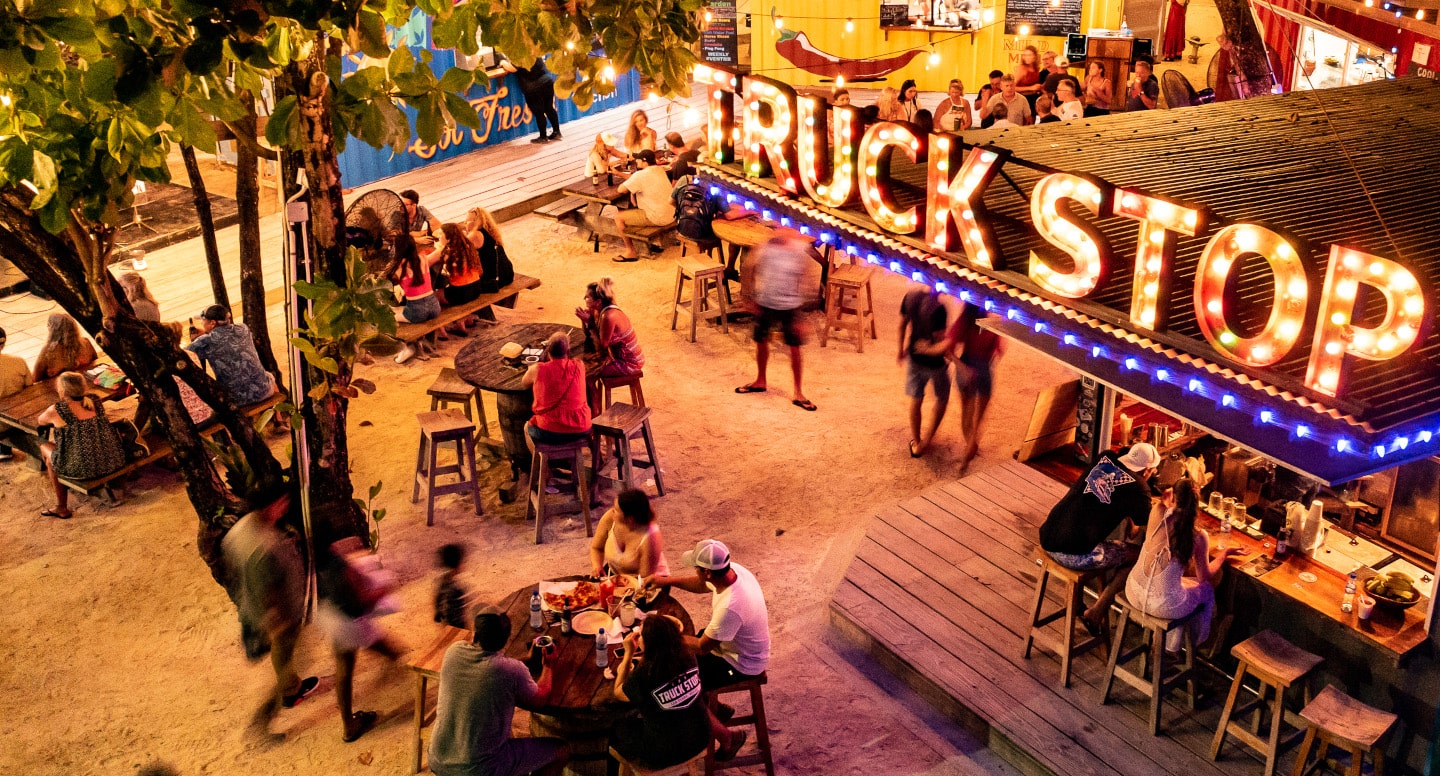 About The Truck Stop

A Word from the Owners

The Truck Stop was initially conceived in 2015 by myself and my wife, Joanna. We’d been living happily in Belize since 2010, and had purchased a plot of land to build our first house. However, before we could start building, the road in front of our land became paved, and we were struck by how busy the road was with golf carts going to and from the resorts up north. That was when we came up with the idea for The Truck Stop – instead of building a house, we would spend every dollar we had building a food truck park out of shipping containers. Even in retrospect, it still seems like a crazy thing to do.

Of course, we knew nothing about running a restaurant. Fortuitously, that was when we met our business partners, Adam and Jackie Feldman. Adam and Jackie had been living on the island for a similar amount of time, and were the owner/operators of a fine dining restaurant called Casa Picasso – which was easily one of the best restaurants on the island. So, when Adam and Jackie decided to partner with us and bring their many years of restaurant experience to the kitchens at The Truck Stop, naturally we were THRILLED. And that’s how this fun journey began!

Now, four years later, The Truck Stop has grown significantly since its humble beginnings. We’ve added a fourth food truck (our New Haven-style pizza truck, Slice of Haven), a swimming pool, a large stage for bands and events, an outdoor movie screen with stadium seating, and our newest edition – a beautiful outdoor pavilion for weddings and events.

We put a lot of work into trying to make The Truck Stop as fun as possible for people of all ages. That’s why you’ll find a different activity every night – including live music, game shows, multimedia trivia, movie nights, and all sorts of other special events. We hope you have a chance to come say hi, and maybe even participate in our weekly game of Family Feud! We're located one mile north of the bridge on the way to Secret Beach -- you can't miss us!